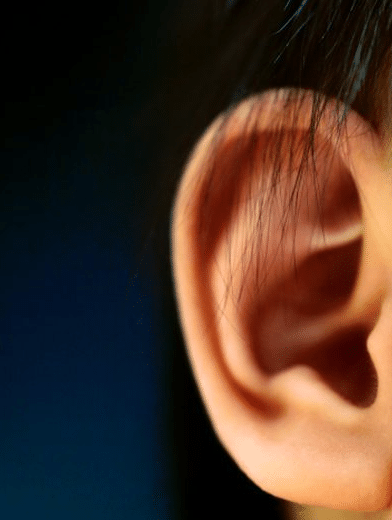 Blackheads occur as result of the accumulation of dead skin cells, oil, dirt, and sebum in hair follicles in ear that clogs the skin pores. Get more insight about the causes of blackheads, painful blackheads, how to get rid of the blackheads overnight, and some of the basic treatments.

What Causes Blackheads in Ear

Here are the possible causes:

Acne is said to be a skin condition that is known to affect people at one point in life like during puberty and ovulation. Most acne develops when the skin pores or hair follicle becomes clogged with dead skin cells and sebum. These forms of bumps are most common on the face, chests, and back but can also occur in the area that has sebaceous glands.

Some of the common categories of pimples, spots, bump or cyst that develop into acne include the following:

This might also be the possible cause of blackheads in and on the ears. The urge of picking or itching the ear using sharp objects like nails could result in damaging and inflammation of the ear. The constant scratching of the ear will result in a condition known as folliculitis.

An individual with this skin condition are therefore likely to experience itching ears and in the process, these bumps when infected develop pus.

The recent research shows that people with oily skin have a shiny, thick, greasy and heavily textured skin type. Individuals with oily skin usually experience the formation of excess oil on the T-zone since this region are said to have many sebaceous glands.

With this type of skin that is oily, a person is likely to experience constant accumulation of excess oils that trap dirt and get clogged into the skin pores. People with a type of skin condition are advised to do the following:

The overproduction of sebum is quite common during pregnancy, menstruation or puberty which result in frequent changes in hormonal level in the body. These fluctuations can also be experienced by people who are using birth control pills.

The improper practice of hygiene like touching the ears using dirty hands, sharing earplugs (earphones) or failure to regularly clean the ears could be the major cause of the blackheads. Bumps develop in the ear due to clogging of the hair follicles with sebum and bacteria.

Clogging of the hair follicle inside the ear could result in the formation of bumps in the ear. Blackheads develop since the trap dead skin cells, dirt and sebum trigger its formation. Blackheads are formed when the contents of these bumps come in contact with oxygen.

Each follicle in the skin contains one hair and a sebaceous gland that produces oil (sebum). It is the function of the oil to keep the skin soft and moisturized.

During hot and cold weather conditions, the risks of developing blackheads are quite high. Hot weather results in the formation of dust that gets trapped in the ear causing clogging of the hair follicles. Higher humidity can as well influence the breakout of mild acne.

Other possible causes of blackheads in the ear include:

Who Can Develop A Blackhead In Ear?

The formation of blackheads on the ear can occur to anyone regardless of age, gender and race i.e women, men and children.  However, the condition is quite common among people, especially during periods, puberty and pregnancy.

Also, people who are using birth control pills or certain medications are likely to experience the formation of acne that will later turn to become blackheads. There are also other parts of the body that develop blackheads are the neck, face, back, penile shaft, breast e.tc.

What can trigger blackheads to grow to painful huge black bumps? The recent studies show that when most blackheads are infected, they develop into a huge bump that is painful. It can be hard to treat a painful, infected blackhead at home so a person will need to seek the help of a dermatologist as fast as possible.

Therefore, it is recommended to apply a warm compress or get some over-the-counter painkillers to relieve the pain but then see your doctor as soon as possible.

Not all blackheads are filled with dirt; they are called blackheads because the inner lining of the hair follicle produces pigmentation color. These blackheads are common and can be found on any part of the body.

Most blackheads on the earlobes are tending to be as a result of the formation of acne. This is a common skin condition that is characterized by inflamed or infected sebaceous glands in the skin.

Blackheads on earlobe caused by acne results from plugged hair follicles. Dead skin cells, oil, and dirt on the surface of earlobe skin may clog to form a small pimple or localized infection.

Early treatment may work to treat bacterial infection and also dry up the excess oil that might lead to the formation of these blackheads on the earlobe.

The following are the common features of blackheads on the earlobes:

How to Pop Blackheads in Ear

It is not advisable to pop either blackheads or whiteheads on any part of the body since it could result in an infection that would be painful due to an open wound. So it is better to consult a dermatologist.

According to the research done by a dermatologist, the popping of the acne would result in the spreading of the bacteria causing the bumps in the ear to other areas of other skin of the ear.

Blackheads, zits, and pimples in the ear can be removed fast by use of Benzoyl peroxide or other natural remedies. Do not try them until you consult a professional dermatologist.

It is also recommended to use acne lotion that contains astringent properties like the salicylic acid to open up the skin pores and clear the comedo instead of popping them up.

The following are some of the gentle ways on how to pop a blackhead:

The ear canal skin is quite delicate to clean as compared to the rate of accumulation of the dirt that gets trapped inside. The complications result in the formation of blackheads as it is difficult to clean on a regular basis. 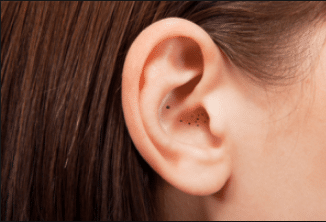 Blackheads in the ear

It is recommended to consult a professional dermatologist since it is difficult to treat blackheads inside the ear canal that are infected at home. However, the good news is that such blackheads normally resolve of their own.

A few cases can’t recuperate without anyone else particularly genuine ones or on the off chance that they are contaminated. Envision the bad dream if your ear trench zits end up noticeably tainted.

At last, bear in mind that clogged pores additionally happens in other ear parts including penetrating destinations however it is extremely uncommon to have them behind ears since there are no hair follicles in this place.

Agonizing pimples in the ear can be mistaken to be an indication of bacterial infection. Zits are frequently little and can be dark or yellow. Not all pimples are loaded with dirt are called clogged pores in light of the fact that the inward covering of the hair follicle produces pigmentation shading.

An infected pimple inside ear will have a tendency to be vast and exceptionally difficult. It can be difficult to treat a painful pimple that is infected at home, and it is advisable to look for the assistance of a dermatologist as quick as could be expected under the circumstances.

Blackheads are common in all ages but can be found frequently in the ears of small children. A blackhead happens when dirt and oil invade the pores of the skin and is the first stage of acne.

There can be a surge of blackheads found in children that are going through puberty as well as those that have very oily skin. The blackheads in your child’s ear are the same type of blackheads found on the nose or other parts of the face. There are a number of reasons why these black bumps appear.

Medical News Today reports that when the skin in the ears is not cleaned regularly, dead skin cells, oil, and dirt can start to accumulate inside of the pores of the skin in the ears. Another common reason for blackheads is excessive sweating. As your child sweats it can become trapped in the sebaceous gland bumps.

Expulsion or extraction of a pimple is a simple errand that should be possible at home.

How to remove a blackhead

To evacuate acne inside ear:

Some of the common treatments include:

This involves the removal of superficial layers of skin with a rapidly revolving abrasive tool. This is often done in cosmetic surgery. The process can help get rid of blackheads on face, nose, ear and other parts of the skin.

The affected part of the ear is sprayed with exfoliant crystals to remove dead epidermal cells. This can help to easily get rid of the bumps.

This is a skin resurfacing procedure that is done on the outer layer of the skin on the affected area. It helps to treat wrinkles, skin discoloration and scars.

The use of over the counter drug can be used to relieve the pain and itching caused by the blackheads inside the ear. A topical ointment such as anti-itching and anti-inflammatory gel, creams or teardrop can be used.

How to Get Rid Of Blackheads in Ears Overnight

This involves the following remedies:

The mask is commonly used treatment for skin exfoliation. The mask is said to be a gentle natural cleanser and exfoliant, loosening clogged skin pores. Also, it is rich in powerful antioxidants and anti-inflammatory properties useful for removing ear blackheads.

It has acidic content the help to break down the tough buildup that blocks the skin pores and balances the pH in the body to stop the breakout of blackheads and acne.

The blend is rich in anti-inflammatory and antibacterial properties that help to act fast to check blackheads.

It is one of the ancient remedies that helps to peels of the dead skin cells and the dirt that blocks the skin pores.

The use of alcohol on the skin of the ear helps to kill bacteria causing the blackheads.

Doing warm compress help in loosening the impurities clogged in the pores of the skin. It is recommended to use lukewarm water to avoid being burnt with water.

It is a gentle exfoliant that helps unplug the clogged pores and balance the pH levels.

Newsletter Signup
In this article:Blackheads
Up Next:

Does Toothpaste get Rid of Pimples Fast, on Nose, Blackheads & Scars