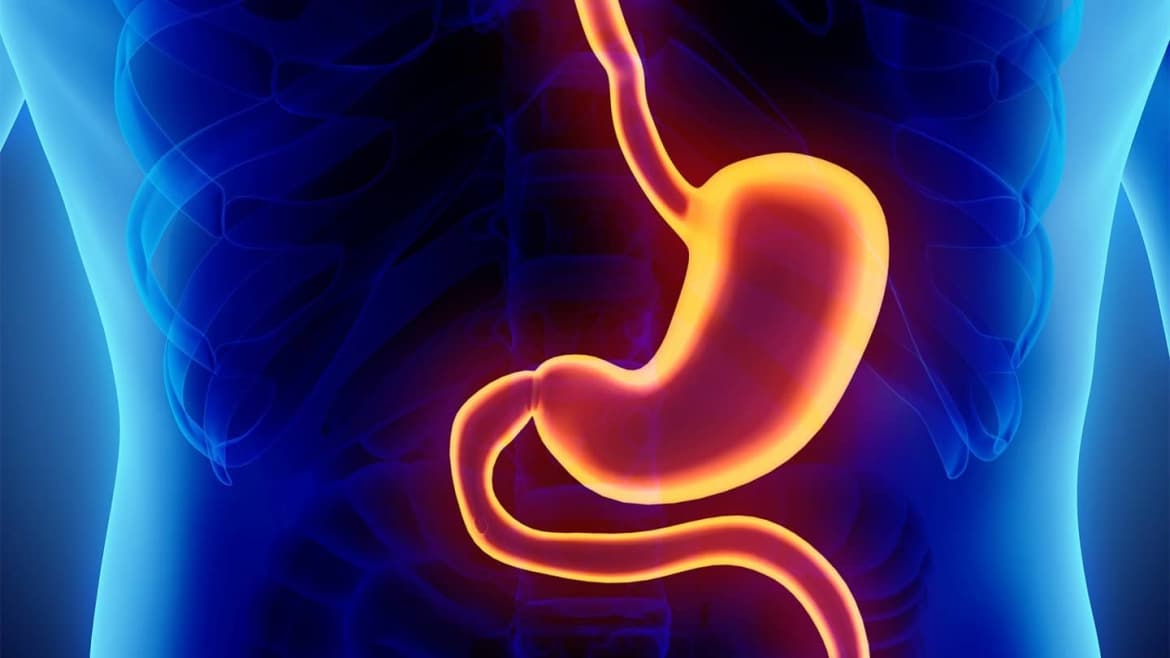 The stomach is part of the digestive system, where food stores from the esophagus and digest into the small intestine and it is surrounding by large lymph nodes.

The stomach is a muscular sac-like organ located on the left side of the upper abdomen, the stomach size varies from one person to another, and from meal to meal.

The flow of food is to the south side down from mouth to the anus. The stomach receives food from the esophagus via a valve called esophageal sphincter.

The stomach secretes acid and some enzymes to break down and digest food.

The food flow goes in one direction where the valves prevent the food from going back to the north side.

Food that came from the esophagus enter the first part of the stomach called cardia, this first region has a valve called cardia sphincter which is a thin ring muscular valve prevent the food from going back up to the esophagus.

After that, the food continues its path toward the second region called the fundus.

After the food leaves the fundus it enters the largest part of the stomach called the body where the food starts to break down.

Then the food content continues to reach the lower part of the stomach called antrum, the antrum holds the broke down food until it is ready to release to the small intestine.

The stomach has three layers.

The first layer is the mucosa contains rugae.

The second layer is the submucosa is made up of blood vessels, nerve cells, connective tissue, and fibers.

The 3rd layer is the muscularis propria it is the main muscle of the stomach.

The gastric gland in the stomach secretes gastric juice, and a variety of enzymes includes hydrochloric acid (HCL), the HCL killed the ingestion bacteria and the protein-digesting enzyme pepsin.

These secretion helps to stomach to break down the food and enhance the digestion method.

Gastritis is the inflammation of the stomach lining due to bacterial infection and it can be acute or chronic.

Recurrent gastritis can lead to peptic ulcers and increase the risk of stomach cancer if left untreated.

What are the causes of gastritis?

Gastritis causes are varies, but these causes are most common and very important.

What are the risk factors?

Are you at risk for having gastritis, risk factors includes?

What are the signs and symptoms of gastritis?

In most cases, gastritis doesn’t always cause signs and symptoms, and symptoms vary among people, these symptoms include

Do I have gastritis? What are the diagnostic tools for Gastritis?

Your doctor will take your medical and surgical history and examine your stomach, after that you may do these following tests to know the exact cause of your stomachache.

What is the treatment of gastritis?

After taking your medical and surgical history and examine your stomach, after that your doctor will begin the treatment depends on the diagnostic findings. Treatment of gastritis depends on the cause origin.

How to prevent me from gastritis?

The only thing you need to do to prevent yourself from H.Pylori bacterium gastritis is good hygiene practice and healthy food.

Newsletter Signup
In this article:Stomach 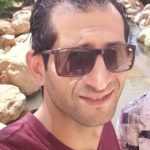 Jamil Qaryouti is a nursing specialist who graduated from J.U.S.T University in Jordan. Jamil has a wide verity of experience in cardiac diseases, pulmonary and neurological disease, former ICCU nurse in the Specialty Hospital in Jordan, former CNO of home care, founder of Jamil’s Home Health Corporation. Jamil is a medical educator. He believes spreading the information makes the world better.