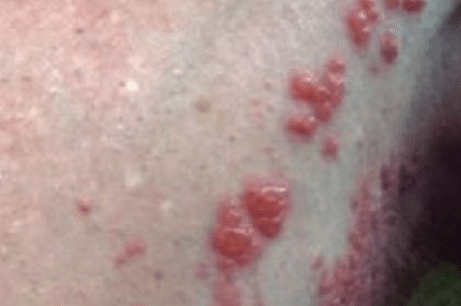 Pimples that form on the penis can be sometimes very painful, itchy, or filled with fluid like pus.  The area around your sexual organs is very sensitive; hence it is normal for you to worry when you realize some dots down there.

These spots are usually seen as white bumps, pale red or yellowish bumps on the skin. According to research finding, fordyce spots are not as a result of sexually transmitted infection (STI) although someone can easily mistake their appearance with some symptoms of an STD.

These kinds of spots are fond of appearing in the penis area that is, the shaft, the head and even the scrotum and the female labia. They usually form a cluster of small pimples or papules.

It  is usually caused by either a fungus or bacteria. Folliculitis is very common in the pubic area, where hygiene is not maintained properly.

As research reveals, when folliculitis appear at the base of the penis, it occurs as pustule that are usually itchy and painful to some people.

The symptoms are usually white bumps that appear at the base of the penile shaft. They should not be confused with herpes simplex virus (HSV).

They are simply sebaceous glands that appear under the penis head. Many people know as the pimples on penis or under the penile head or corona because they form with small white bumps that are filled with pus. These pimples are usually seen with a white or yellowish color on the penis and they are not harmful.

PPPs as they are commonly known are tiny lumps that may appear as pimples forming a line around the penis head jus on the ridge. These small pimples are known to appear in multiple rows or on just a single row around the corona.

However, you may develop small or even big pimples on penile head or shaft from a sexually transmitted disease (STD). For example, Genital warts appear as small fleshy growths that are caused by an STI called human papilloma virus (HPV).

These kinds of lumps usually are painful, itchy and a major source of discomfort. Some types of HPV if not treated early can cause cancer especially in women.

Those lumps formed on your pen head can be caused by a staph infection. According to a research done by STD Check, staph infections are not very common in the genital area but can occur since the staphylococcus bacteria is carried by 25 percent of people.

If you develop a tiny cut or bruise on your genitals, it can lead bacterial infection which at the end will be seen as pimples, zits and cysts in the region. The common symptoms of a staph infection on the skin are Pus-filled pimples and zits that keep growing.

Developing a pimple on your penile shaft can get you some worries. The problem with many people especially those who are sexually active is that, they take any pimple which occurs in their genital area as STIs. 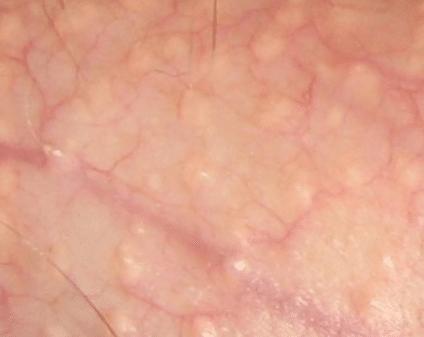 This should not be the case unless you have been diagnosed. As we said earlier in this blog, bumps on your penis shaft are normal and can appear to anybody.

If the lumps on your penis are associated with some pain, itchiness and irritation, and are not going away after a longer period, this can be a serious problem.

In this case, you just have to go and see your doctor where you will undergo some test to conclude on what caused the lumps and proper treatment to follow.

Bumps that form around your penile head might or might not be serious. While looking at the causes of penile bumps, we have seen cases that need your immediate attention and those that do not.

Bumps around the penis head may include hirsuties papillaris genitalis, otherwise known as pearly penile papules that we discussed above.

This is a viral condition that is common in children known to form penile bumps around the penis head and it usually poses no harm.

While it can be contracted through sexual contact, it is usually transmitted through casual contact in children that is, through sharing a towel with someone who is infected).

In molluscum, the penile bumps around the penis head are firm, dome-shaped, and have a dimple in the center. These pimples may sometimes itch but are often generally painless, and can be found in numerous places on the body, including the genitals, face, neck, arms, hands, abdomen, and inner thighs.

In numerous cases, this rash resolves on its own, but a dermatologist can provide treatment if the rash is not clearing, or to prevent further spread of the rash.

Bumps that form around your pen can be from genital warts which are caused by human papillomavirus which is the most common sexually transmitted infection as we stated above.

Genital warts mostly appear as a collection of warts around the penis. Usually, they may be smooth or have a cauliflower-like appearance, and they are variable in size, whether they clear, get bigger, or stay the same. Treatment for this condition may vary based on the number of warts present and the location of them.

They can easily get infected when you shave down there and fail to take good hygiene. An ingrown hair can as well cause follicle bumps around your penis or on the penis.

It is good to observe your shaving mechanism to avoid shaving to close to the root or shave leaving behind sharp hair that may penetrate back into the skin.

As we said above, bacteria and fungus are the causal organisms that result to infection of the hair follicles. When infected, you may see bumps associated with white heads, which means they are pus-filled.

These can be treated by maintaining cleanliness and they will clear on their own. In case of an ingrown hair, rightful removal mechanism may be carried out to get it out.

Bumps on Penile Shaft Not STD

Most of the acne zits and whiteheads are seen during puberty. It is not only STD that will cause you penile bumps because, if you have an oily acne-prone skin, you are likely to get bumps on and around your penis.

Most of the bumps on the penis will resolve on their own and are not usually causative of problems. Those that are not as a result of sexually transmitted diseases are usually harmless with no pain or itchiness.

Some penis bumps should not be ignored as they may be caused by sexually transmitted diseases. Herpes simplex 2 (HSV-2), is the most common sexual cause of bumps on or around the penis. HSV-1 and HSV-2 both cause genital herpes. It can also cause bumps or sores in the genital region.

Bumps from genital herpes can break out any time. It is a viral infection; hence the virus is incurable and can lie dormant for years at a time. When an outbreak does occur, it is usually accompanied by a cluster of small, round bumps that resemble blisters around the penis. These bumps are usually painful and filled with clear fluid that oozes when the sores rupture, leaving behind a crusty, reddish rash of bumps.

Bumps that appear on your penis can be small dome-shaped to filiform skin-colored papules that are known to appear on the sulcus or corona of the glans penis. 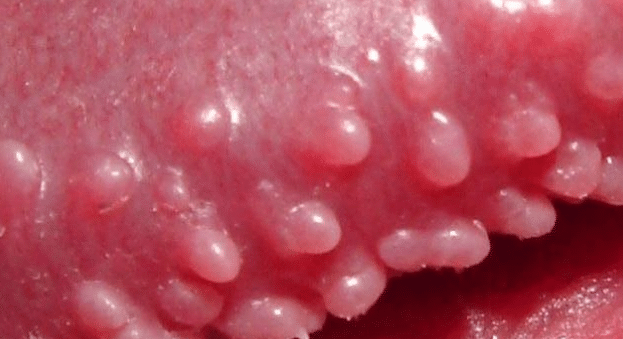 In most cases, these bumps are arranged circumferentially in one or several rows. Other bumps may form just on the penile shaft in a cluster or as a single large bump.

We have provided you with some pictures and photos so that you will able to understand well this condition.

If your pimples on the penis keep growing big and feel itchy all the time you should go and see your doctor immediately. Red bumps that are itchy are likely to be a sign of a fungal infection.

Bumps that may start to grow into large cysts could be an indication of a staph infection that is spreading.

Also, itchy pimples on the penis shaft, head or base may result from Lichen planus. It is a problem that is not infectious and can also affect other parts of the body.

How to Get Rid of Penile Bumps Treatment

When your condition gets out of hand it is important to figure out how to get rid of it. You should stay away from DIY treatments unless you are sure of what you are dealing with.

After visiting your medical provider, treatments will include antibiotics, antivirals, and antifungals. He/she will give the appropriate medication depending on the underlying cause of your condition. Let us look at some of the possible cures of penile bumps and pimples.

Bumps on and around penis from razor bumps can be prevented through proper shaving techniques and change your hair removal methods. If the bumps are itchy, anti-itch medications applied topically will reduce the irritation.

Painless bumps that keep on increasing in size with no pain should not be ignored as the can be cancerous. If you suspect that your genital bump to be cancerous, see a doctor as soon as possible. It can be brought to control by stopping it from spreading when treatment is started early enough.

Newsletter Signup
In this article:Bumps
Up Next:

White Bumps in Back Of Throat, No Pain, Wall, STD,How to Get Rid, Treat